The labels of the white and red wine MAGIC MOUNTAIN by NICO LAZARIDI that were released in 2021 are dedicated to the 200th anniversary of the Revolution of 1821.

MAGIC MOUNTAIN, the first Greek icon-wine, first appeared 3 decades ago, bringing a “revolution” in the wine landscape of Greece with its high quality. Every year, his bottle is adorned with original works by artists from Greece and abroad, artistic creations, inspired to accompany each harvest of the “Magic Mountain”.For 2021, we selected 2 works by two young Greek artists because they connect the past with the present and the Antiquity with the Revolution in a unique way. 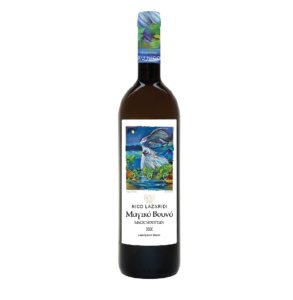 For the 200th anniversary of the Greek Revolution and the Magic Mountain White 2020, we chose a symbol of struggle and freedom with a global scope – the Victory of Samothrace.The painting has been created by George Koftis, who says about its creation: “Niki travels beyond her bow, to the fertile Macedonian countryside. She emerges from the water, above the vine. She travels from Samothrace to the ends of the world, carrying her message, which is change, courage, struggle, revolution and finally Victory, Niki – herself. Its message, indelible in the perpetuation of time, to inspire us humble people by the hand of the unknown ancient sculptor “. 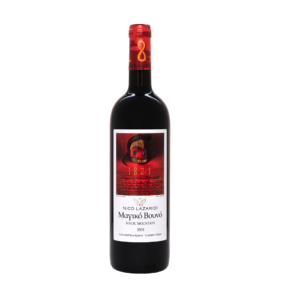 MAGIC MOUNTAIN is the product – symbol of the wine company that “put” Drama as a top spot on the wine map, the result of the uninterrupted search of NICO LAZARIDI for the best wine result.It comes from a place with a rich history and great cultural heritage. The vineyards are protected by the mountains Falakro in the north and Menoikio in the north-west while in the southeast they “see” the golden Paggaio – our Magic Mountain. This term has associated its name with the Dionysian cult and the gold of the Macedonian kings. 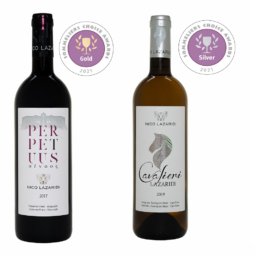 Drama, Greece, 6/8/2021   At the 3rd annual Sommeliers Choice Awards, which took place in San Francisco this May, NICO…