At the 3rd annual Sommeliers Choice Awards, which took place in San Francisco this May, NICO LAZARIDI won a Gold a Silver medal with Perpetuus and Cavalieri respectively. In the competition where wines are judged by sommeliers, wine directors and on-premise wine experts, NICO LAZARIDI managed to be among the top wineries, winning two medals.

Medals were awarded to those wines that meet a very specific judging criteria, with a goal of identifying wines that should become additions to restaurant wine lists. Wines were judged according to criteria such as how well they pair with food items in addition to their overall versatility. Highest marks were awarded to wines that provide value for money at their respective price points. The Perpetuus and the Cavalieri Lazaridi scores were based on Food Parability, Typicity, Quality, Value, and Packaging. 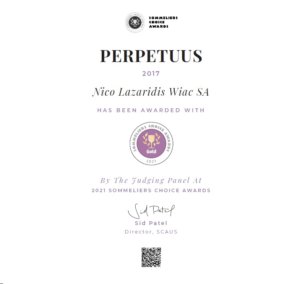 PERPETUUS vintage of 2017 (60% Cabernet Franc, 40% Mavroudi) won the Gold Medal, gaining points on the Quality (91/100) and Packaging Score (92/100). The judges appreciated its velvety texture and found flavors of wild dark berries, cherries, tobacco and lavender. Although good now, the judges believe that this wine will improve over the next 10 years and would drink it with a wild boar pasta.

Perpetuus 2017 was also awarded with the Silver Medal earlier this year at the Mundus Vini Spring Tasting in Germany.

CAVALIERI LAZARIDI vintage of 2019 (70% Assyrtiko, 15% S. Blanc, 15% Ugni Blanc) got the Silver Medal, excelling in Food Palatability (86/100) and Typicity & Quality Score (85/100). As the judges say, “this white wine is layered. Prominent profile is savory and cured citrus and back palate is driven by underripe orchard fruit. There is a distinct stony note that offers an additional layer of complexity and texture”.

“This is the first time we take part in Sommeliers Choice Awards, and we are very pleased that our wines performed so highly” said Federico Lazaridis, President and CEO of NICO LAZARIDI winery. “Winning those two medals is a manifestation of the ascending performance of our winery. We are happy that we keep providing high quality products that are versatile and wine lovers enjoy all over the world”.

NICO LAZARIDI is widely recognized as one of the leading companies that have contributed most to the creation of a whole winemaking area in Drama – Northern Greece. Since 1987, driven by their love and respect to the wine, the company aims to bring out the richness of the vineyards of Drama and expand its potential.

-Its exports cover the 30% of the annual turnover.

The Sommeliers Choice Awards looks to identify wines that would make a compelling addition to any wine list. The aim of the awards is simply to provide independent and honest reviews for brands that are looking to enter the U.S. on-premise wine market. 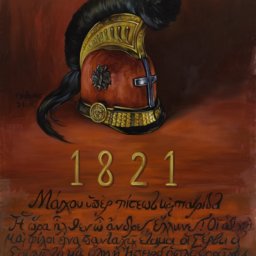 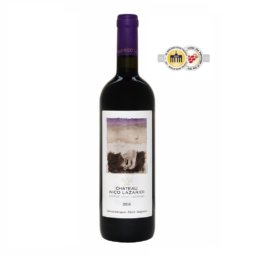 Perpetuus White made of… Gold! 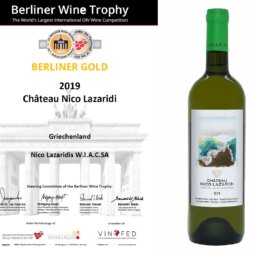